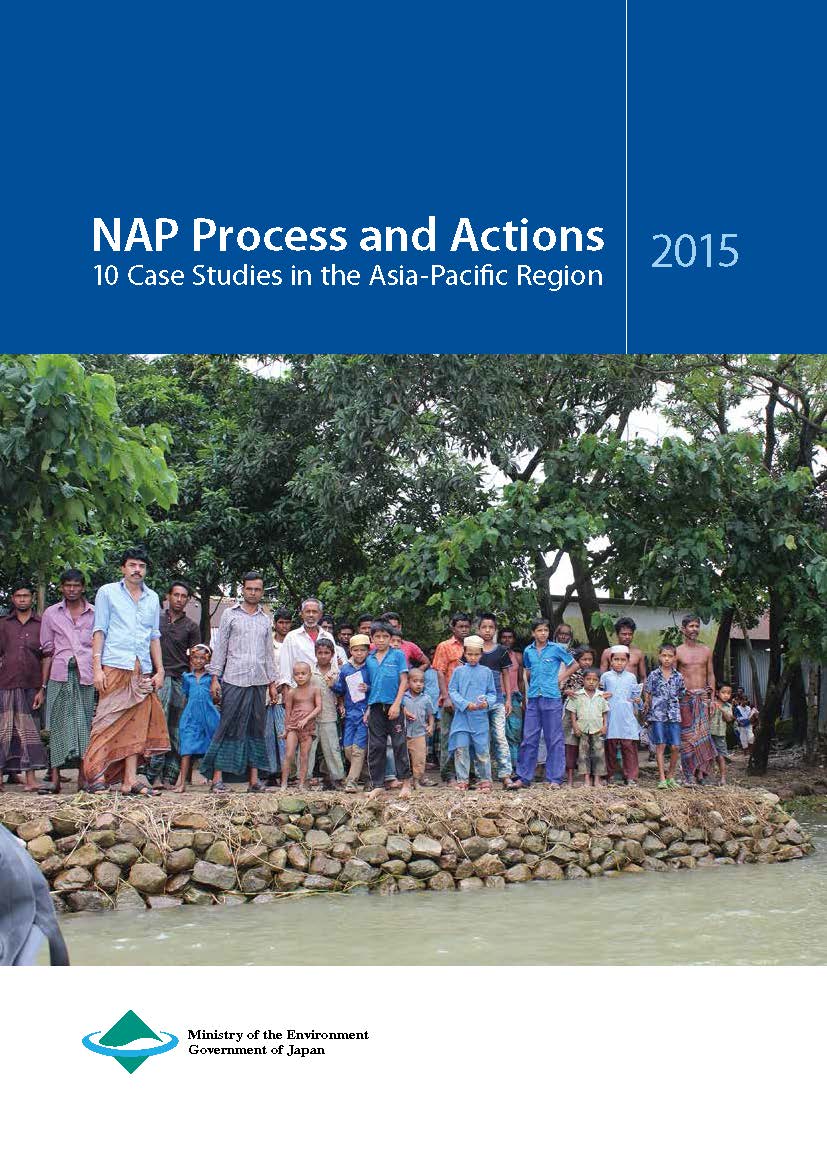 A variety of stakeholders in developing countries have greatly contributed to mainstreaming adaptation into national development strategies/ plans in different ways (national adaptation planning (NAP) process) as well as implementing adaptation actions, which are compatible to sustainable development. Bilateral and multilateral donors have provided support to such process and implementation of actions in developing countries.

There are a variety of experiences of, best practices of, and lessons learned from each process and action, however, they have not been well shared among relevant actors. It is the reason why Ministry of the Environment, Japan decided to take an initiative to develop case studies of the NAP processes and adaptation actions in different sectors which have been implemented in the Asia-Pacific region.

This initiative consists of ten case studies (five for the NAP processes and five for adaptation actions), which include background, institutional arrangements, process of several phases, and lessons learned and policy recommendations. Each case study was conducted through literature reviews and interviews with multiple relevant stakeholders such as policy makers of ministries and local governments, researchers, international organizations and donors. Based on these case studies, summary of lessons learned from the NAP process and its implementation were developed in an inductive way.