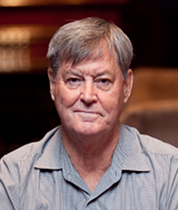 The 4th Exchange was raised by Dr. Peter King on 21 May 2014 to engage the APAN climate change adaptation community in Asia and the Pacific. The Exchange period lasted approximately four weeks (21 May – 18 Jun 2014).

First, I would like to thank everyone who followed and contributed actively to last April’s Exchange on the operational definition of ‘adaptation’ and ‘resilience.’ We received many insightful contributions that helped us develop a keener understanding of the two important terms.

Building upon this momentum, I would like to turn our attention from broader theoretical definitions to actual means of implementation – in particular, focusing on the National Adaptation Plans (NAPs) under the United Nations Framework Convention on Climate Change.

Numerous NAP-related activities are now ongoing at the country-level in Asia-Pacific and Africa, with UNDP, UNEP, and other development partners helping least developed countries (LDCs) to advance their NAPs through the National Adaptation Plan Global Support Programme (NAP-NSP).

But even as the NAPs are being prepared, the existing financing gap for adaptation continues to be a real and persistent challenge for LDCs and developing countries to make meaningful steps towards implementation.

To give a sense of cost, one estimate of the funding needed to implement the LDCs’ National Adaptation Programmes of Action (NAPAs) is US$5 billion. And while roughly 50% of the amount of fast-start finance pledged to support NAPAs has been approved for delivery, only less than 7% has been disbursed.

We can anticipate more discussions on adaptation financing at the year-end COP20 in Lima, Peru – hopefully, we can also expect greater clarity of funding to transpire, particularly as the Green Climate Fund begins to mobilize its share of resources.

In this 4th Exchange, I would like us to keep this background in mind and consider the questions below to guide our discussion: