The main survey site, Kralanh in Siem Reap Province, is an area where sewage and wastewater treatment is a major concern and is the area where the proposed company, Reed NET Co., Ltd. has been conducting a series of site surveys together with the Department of Public Works and Transport (DPWT) in Siem Reap since 2016. Local hearings with residents have already raised the following urgent issues.

Solutions to the above issues will be provided by the proposed company as follows.

With the spread of low-cost and low-energy artificial wetland technology, it is possible to improve the water environment in Cambodia by treating village drainage and the like.

With the spread of artificial wetland technology, it is possible to transfer technology and train human resources as a wastewater treatment engineer including invitation of Cambodian engineers to Japan.

At the same time, a business model that packages from research, design and construction to operation and maintenance of the artificial lands will be established and employment creation in Cambodia will also be made.

January 2012 We installed a Smart Garden in Shizuoka and started an investigation in cooperation with Nippon University.
May 2013 We have started a survey in Cambodia.
December 2013 We released the first system in Japan that combines Artificial wetlands and Activated sludge.
July 2015 We released a powerless system as New Smart Garden forlow carbon society.
August 2015 We have started a demonstration test in Siem Reap, Cambodia.
September 2016 We released the activities of Cambodia in conference of Ecology and Civil Engineering Society. December 2017 We released Smart Garden for livestock manure treatment.
August 2019 Our technology has been adopted for the SDGs Business Model Formulation Survey by JICA. 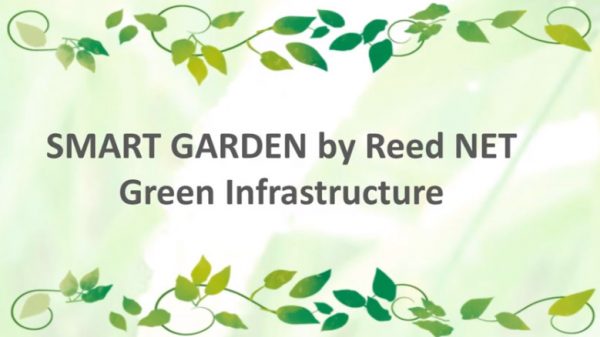